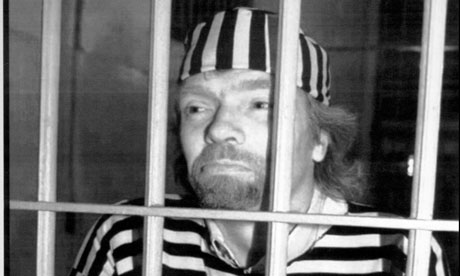 “Lord, when was it that we saw you hungry or thirsty or a stranger or naked or sick or in prison, and did not take care of you?”

That is just a little excerpt from next Sunday’s reading, a taster if you will.  How often do we look for examples of justice and mercy to illustrate the Christian faith?  Today one dropped in my lap when someone shared it with me.  There is an article in today’s Guardian explaining that Richard Branson has started to encourage Virgin to employ recently released offenders and those who are approaching release as a way of giving people that second chance.

“Everybody deserves a second chance,” … “One of the prisoners I met in Melbourne told me he’d been released with no money. He had to find his own way to the city. He was thrown back out into this world with no help whatsoever. The end result was that he was back inside in a very short time. For people coming out of prison it’s a vicious circle. If they can’t get a job, the only thing they can do is reoffend. From society’s point of view that can be very painful.”

2 thoughts on “My Chains Fell Off”

Poverty: Time to Challenge the Narrative!

We Thank Thee Lord, a Harvest Hymn to a Famous Tune